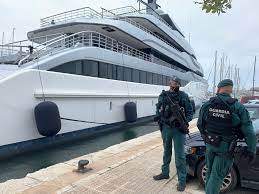 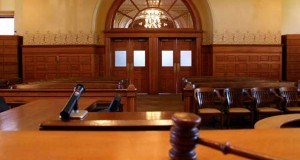 The defendants are charged with conspiracy to defraud the United States and to commit offenses against the United States, violating the International Emergency Economic Powers Act (IEEPA), and money laundering.

The United States requested that the Kingdom of Spain provisionally arrest Masters for purposes of extradition.

The arrest was executed by the Spanish Guardia Civil Friday. An arrest warrant against Osipov is outstanding.

Both defendants are presumed innocent unless proven guilty.

According to the indictment, despite U.S. sanctions issued against Vekselberg in April 2018, Osipov and Masters facilitated the operation of Tango through the use of U.S. companies and the U.S. financial system, attempting to obfuscate Vekselberg’s involvement in the vessel.

Osipov, an employee of Vekselberg who functioned as a property manager for Tango, designed a complicated ownership structure of shell companies to hide Vekselberg’s ownership of the yacht, although Vekselberg designed the yacht, was the sole user and was the ultimate beneficial owner.

Masters ran a yacht management company in Palma de Mallorca, Spain. After Vekselberg was sanctioned in April 2018, Masters’s company allegedly took over the management of Tango and conspired with others to evade the U.S. sanctions.

According to the indictment, among other things, Masters devised a scheme to use a false name for the yacht, “the Fanta,” to hide from financial institutions that payments in U.S. dollars were ultimately for the benefit of Tango and Vekselberg.

As a result of this obfuscation, U.S. financial institutions processed hundreds of thousands of dollars of transactions for Tango that they otherwise would not have permitted had they known of Vekselberg’s involvement in the financial transaction.

Further, these payments and Vekselberg’s involvement were not reported to the Department of the Treasury.

Additionally, according to the indictment, Osipov and Masters advised and enabled Tango employees to continue to do business with numerous U.S. companies, using various workarounds to avoid sanctions, such as payments in other currencies and through third parties.

As a result of these schemes, the working mechanisms of Tango, including its internet, technology, weather forecasting, and computing systems, as well as the trappings of Tango, including its satellite television, luxury goods, and teleconferencing software, were all U.S.-origin products and services supplied by U.S. companies, for the benefit of Vekselberg.

The efforts of these facilitators permitted Tango to continue to operate as a luxury yacht with the full array of services and luxury goods available to it, supported by hundreds of thousands of dollars of illegally-obtained U.S. services and U.S. financial transactions, and all for the benefit of Vekselberg.

“Facilitators of sanctions evasion enable the oligarchs supporting Vladimir Putin’s regime to flout U.S. law,” said U.S. Attorney Graves. “The United States will not allow its financial institutions and persons to be manipulated or defrauded to benefit those supporting an illegal war.”

“The Department of Justice has been clear. Corporations and executives have a choice: they can participate in the global effort to uproot corruption, sanctions violations, and money laundering and enjoy the benefits of prompt and fulsome cooperation, or they can, as Osipov and Masters are alleged to have done, attempt to shield themselves and their clients behind a veil of fraud,” said Director Adams of Task Force KleptoCapture. “These men made their decisions and now face the consequences of a failed attempt to profit through, rather than standing against, a sophisticated, transnational criminal enterprise.”

“The indictment alleges that both defendants used various techniques to mask ownership of the Motor Yacht Tango in violation of U.S. law,” said FBI Special Agent in Charge Winston.

“Russian oligarchs are the product of an ecosystem of corruption that abuses rule-of-law- based monetary structures to enrich themselves with luxury trappings and lifestyles.” said HSI Special Agent in Charge Arvelo. “Today’s actions have demonstrated our commitment to hold those that conduct illicit transactions on behalf of the oligarchs accountable.”

The Spanish acted following a request from the Department of Justice that it assist with the execution of a seizure warrant issued in March 2022 by the  U.S. District Court for the District of Columbia, which alleged that Tango was subject to forfeiture based on violations of U.S. bank fraud, money laundering, and sanctions statutes.

The FBI’s Minneapolis Field Office is investigating the case.

The Justice Department’s Office of International Affairs provided significant assistance in working with the Spanish authorities throughout this matter.

The case has been coordinated through the Justice Department’s Task Force KleptoCapture, an interagency law enforcement task force dedicated to enforcing the sweeping sanctions, export restrictions, and economic countermeasures that the United States has imposed, along with its allies and partners, in response to Russia’s unprovoked military invasion of Ukraine.

Announced by the Attorney General on March 2 and under the leadership of the Office of the Deputy Attorney General, the task force will leverage all the Department’s tools and authorities against efforts to evade or undermine the economic actions taken by the U.S. government in response to Russian military aggression.