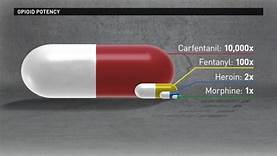 A Fontana woman who was part of a drug-trafficking organization that distributed carfentanil, a powerful fentanyl analogue that is sometimes used to sedate elephants and other large animals, was sentenced Monday to 36 months in federal prison. 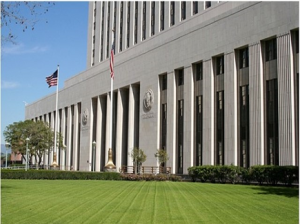 Alejandra Romero-Agredano, 50, was sentenced by U.S. District Judge Philip S. Gutierrez. Romero-Agredano pleaded guilty on January 7 to one count of distribution of more than 100 grams of carfentanil.

Romero-Agredano — along with co-defendants Jorge Martin, 28, also of Fontana, and Jose Jesus Camacho-Martinez, 33, of Downey — participated in a drug ring that distributed nearly 26,000 carfentanil pills to undercover agents with the Drug Enforcement Administration agents over a four-month period.

Romero-Agredano coordinated the distribution of carfentanil, which is 10,000 times more potent than morphine and 100 times more powerful than fentanyl, according to officials.

Last year, undercover agents negotiated delivery of the pills with a Mexican-based co-conspirator. Romero-Agredano, working with Camacho-Martinez and Martin, then delivered three separate shipments each containing thousands of carfentanil pills to undercover DEA agents in the Inland Empire.

This was the first federal carfentanil distribution case charged in the Central District Court of California.

The three defendants were arrested by the DEA in September 2018 pursuant to a criminal complaint. Camacho-Martinez and Martin each pleaded guilty to criminal charges in this case. Camacho-Martinez was sentenced to five years and 10 months in federal prison, while Martin received a four-year prison sentence.

This matter was prosecuted by Assistant U.S. Attorney Jerry C. Yang of the Riverside Branch Office.