FBI: Ancient Artifacts Returned to Turkey in a Ceremony 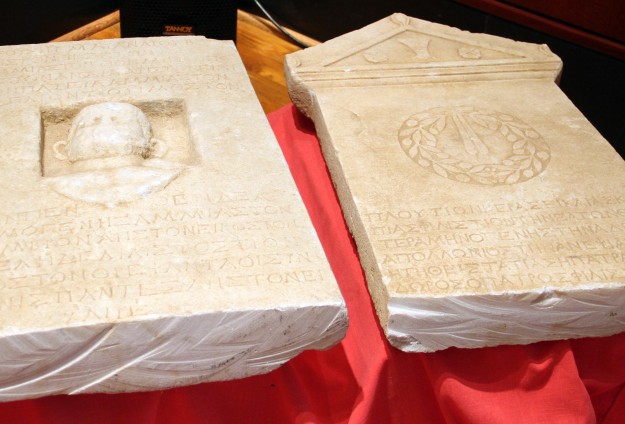 WASHINGTON D.C.  –  In a ceremony on Tuesday at the Turkish Embassy, the FBI returned to Turkish authorities 10 funerary sculptures stolen many years ago from the Republic of Turkey.

Assistant Director John Boles, representing the FBI, handed the artifacts over to Serdar Kilic, Turkish Ambassador to the United States.

Returning the items, which were estimated to have originated in the western province of Manisa and date back to the first and third centuries A.D.

The artifacts included grave stones and sacrifice stelas, which are stone or wooden slabs on which Lydians would inscribe the sacrifices of animals. There were also artifacts that were possessions that deceased people had made during their lives, used in funeral or commemorative services, according to authorities.

Officials said the items were smuggled into the U.S. in 2006 and spotted by the Turkish Culture Ministry as they were being traded illegally, and were later seized in an operation involving Turkish security officials, the FBI and Washington D.C. police officers in May

Educational Course on The Fifth Amendment and Due Process

Just Saying: In 2019 Start Fixing the Planet or the World is Facing a Catastrophe — The Climate is Changing