Feds: Officers who shot 30-year-old Jacob Blake will not be Charged with Use of Excessive Force, Civil Rights Violations 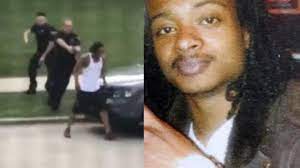 The Justice Department announced Friday that it will not pursue federal criminal civil rights charges against a Kenosha Police Department (KPD) officer for his involvement in the Aug. 23, 2020, shooting of 30-year-old Jacob Blake, according to officials.

The department made this decision because the evidence obtained is insufficient to prove that the KPD officer willfully used excessive force.

A team of experienced federal prosecutors from the Civil Rights Division and the U.S. Attorney’s Office reviewed evidence obtained by the FBI and state investigators to determine whether the police officer violated any federal laws, focusing on the application of deprivation of rights under color of law, a federal criminal civil rights statute that prohibits certain types of official misconduct.

They conducted a detailed and lengthy analysis of numerous materials, including police reports, law enforcement accounts, witness statements, affidavits of witnesses, dispatch logs, physical evidence reports, photographs, and videos of some portions of the incident.

After a careful and thorough review, a team of experienced federal prosecutors determined that insufficient evidence exists to prove beyond a reasonable doubt that the KPD officer willfully violated the federal criminal civil rights statutes.

Accordingly, the review of this incident has been closed without federal prosecution, the Department of Justice concluded.

Blake, who was 29 at the time, survived the shooting. But at least one bullet tore through his spinal cord, leaving him paralyzed, his attorneys said days later.