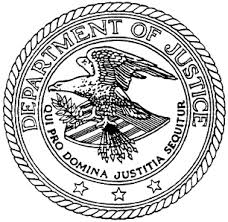 While one movie script was written, no movies were ever actually produced.

Officials said the indictments allege that the defendants executed the schemes to defraud victims around the nation that resulted in losses of several million dollars.

In the second case, the operators of another company – C22 in the San Fernando Valley — were named in a 19-count indictment that accuses them of mail fraud, wire fraud, and attempted wire fraud. The two named in an indictment focusing on a company known under several permutations of C22 are:

The first indictment focuses on the activities of  Mutual Entertainment LLC, which was later renamed Film Shoot. Investors were  allegedly bilked in a motion picture called “Marcel” and later renamed “The Smuggler.”

The indictment alleges that the defendants raised money for the film through boiler room telemarketing operations. The telemarketers allegedly made fraudulent pitches to investors after first representing themselves to be independent “surveyors” from a national research firm.

Victims were falsely told that 64 percent of investor money would be used to produce the film, and that investors would be first in line to receive any revenue generated by the movie, according to the indictment. It also states that the defendants falsely claimed to have contracted with well-known actors to appear in “The Smuggler.”

During the course of the Mutual Entertainment/Film Shoot scheme, the defendants allegedly persuaded more than 60 investors across the nation to invest a total of $1.8 million in the movie that was never produced.
In the second indictment,  C22 Capital, Inc and C22 LLC, Inc, used telemarketers  to fraudulently induced investments to fund a movie titled “Beyond the Mat.”

The indictment states that C22 defendants and their telemarketers made cold-calls to potential investors and told the victims that their money would be used to provide short-term “bridge loans.”

Later, the defendants began soliciting money for investment in “Beyond the Mat.” The indictment alleges that the defendants issued promissory notes and promised returns of up to 13 percent per year.

About 80 victims were fraudulently induced to invest in C22, and during the course of the scheme they lost more than $3 million, according to the indictment.