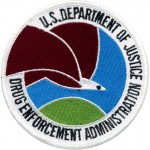 ILLINOIS – A former physician who was affiliated with three Chicago hospitals was sentenced Tuesday to nearly six years in federal prison for illegally distributing prescription drugs in exchange for sex and cash.

The defendant, Joshua D. Baron, a pediatric neurologist, plead guilty in March, admitting that he provided about 149 prescriptions for controlled substance medications, totaling thousands of doses, to 16 individuals in exchange for sex between 2006 and 2011.

These individuals were never patients of Baron, they never visited his office as a patient, and he never asked them about medical issues, took their medical history, conducted an examination, or attempted to diagnose them, officials said.

Baron, 40, of Forest Park, was ordered to begin serving his sentence on Sept. 12.

The case was investigated by the Drug Enforcement Administration and the Chicago Police Department.

Between late 2006 and early 2011, officials said Baron dispensed prescriptions for controlled substances to individuals outside of the usual course of professional practice and without a legitimate medical purpose.

All of the ads were placed through one of three email addresses he used under the sections, “Men Who Would Pay” and “Casual Encounters.”

Through these prescriptions, authorities said Baron traded thousands of doses of various medications to 16 individuals, mostly for sexual favors and, in some instances, cash.

Baron was initially charged by the state in January 2011 after an undercover investigation by the Wilmette Police Department.

He was charged federally in October 2011 following a broader investigation by the U.S. Drug Enforcement Administration and the Chicago Police Department.

Baron was licensed in Illinois in May 2006 and, until January 2011, treated patients at Rush University Medical Center, John H. Stroger, Jr., Hospital of Cook County, and St. Anthony’s Hospital, all in Chicago.

He voluntarily surrendered his medical license and his DEA registration in 2011.