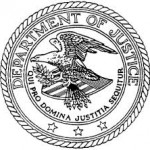 BROWNSVILLE – A federal judge sentenced a former South Texas District Attorney to 13 years behind bars after he pleaded guilty for his role in a bribery and extortion scheme, according to the U.S. Attorney’s Office.

Last year, jurors found that former DA  Armando R. Villalobos solicited and accepted more than $100,000 in bribes and kickbacks in the form of cash and campaign contributions in return for favorable acts of prosecutorial discretion, including minimizing charging decisions, pretrial diversion agreements, agreements on probationary matters, and case dismissals.

“The most important component of an effective justice system is the public’s ability to trust those who are responsible for enforcing the law. But even when there is a breach of that trust, as in this case, the public should take some comfort in knowing that there is a mechanism for detecting, rooting out, and punishing those who would corrupt the process,” stated U.S. Attorney Robert Pitman.

In addition to the prison term, U.S. District Judge Andrew Hanen ordered that Villalobos pay $339,000 in restitution, pay a $30,000 fine, and be placed under supervised release for a period of three years after completing his prison term

In May 2013, a jury convicted Villalobos of one count of violating the Racketeer Influenced and Corrupt Organizations, the RICO  Act, one count of conspiracy to violate the RICO Act, and five counts of extortion.

Jurors acquitted Villalobos of two counts of extortion. This afternoon, Judge Hanen granted the defendant’s motion for acquittal on an extortion count (count three) before sentencing Villalobos to 156 months’ incarceration on each of the six remaining charges all to run concurrent, according to prosecutors.

Evidence presented at trial revealed that from October 2, 2006 through May 3, 2012, Villalobos and others were involved in a scheme to illegally generate income for themselves and others through a pattern of bribery and extortion, favoritism, improper influence, personal self-enrichment, self-dealing, concealment, and conflict of interest, according to federal authorities.

Furthermore, Villalobos solicited and arranged for private counsel to handle civil and forfeiture matters associated with criminal matters pending in the Office of the District and County Attorney of Cameron County.

This investigation was conducted by the Federal Bureau of Investigation, Drug Enforcement Administration, Internal Revenue Service-Criminal Investigation, and the Brownsville Police Department.