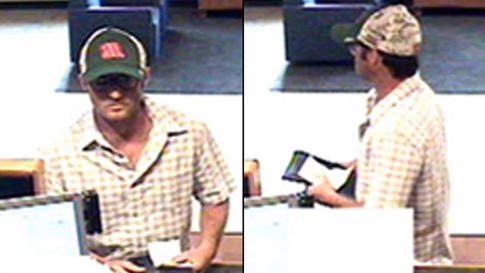 SAN DIEGO — Adam Lynch, dubbed the “Ho Hum Bandit” for his reportedly nonchalant manner in robbing banks, was sentenced on Monday to nearly six years for a string of bank robberies in San Diego since February 2010, officials said.

On May 6, 2013, in Denver, Lynch was convicted of four counts of bank robbery, based on robberies he committed in the Denver area in August 2010, December 2010, and March 2011; as well as a robbery he committed in Cheyenne, Wyoming, in November 2010, officials said.

For those offenses, on April 19, 2013, Lynch was sentenced by a federal judge to more than five years in prison, officials said.

As described in his plea agreement, Lynch committed his first bank robbery on February 27, 2010, robbing a US Bank in San Diego.

He thereafter went on a spree of robberies in the area, committing his seventh on June 5, 2010. Afterwards, Lynch began robbing banks in Colorado and Wyoming, officials said.

Typically, Lynch would commit the robbery by walking up to the counter, passing a note to the teller, identifying himself as being armed with a gun, and demanding cash.

Lynch’s crime career came to an end in April 2011 when he was arrested by authorities after his girlfriend turned him in. Sources said the jilted woman was seeking revenge because Lynch had allegedly cheated on her.

Lynch stole a combined total of $25,094. He did not physically injure any of the bank personnel.