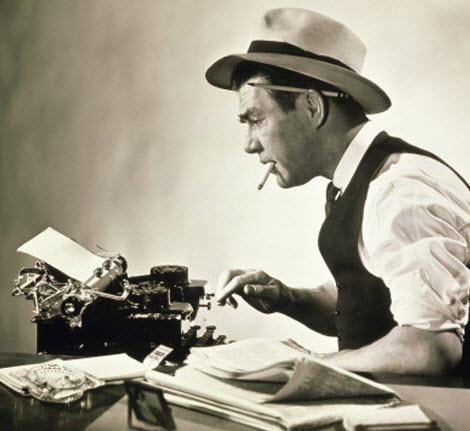 It was a sweet deal.

Jane Laut who killed her husband Dave Laut, a 1984 Olympic bronze star medalist, would get six years in prison if she would plea guilty to voluntary manslaughter.
The deal was all but gift wrapped: Prosecutors also agreed not to tack on the use of a weapon during the commission of a felony crime.  This would mean that Laut would be eligible for parole after serving about half of the six-year sentence.
Jane Laut, however, refused the offer.

She insisted that she wanted a trial to prove that Dave Laut had physically, sexually and mentally abused her for 30 years.

She also claimed that Dave Laut was going to kill her, the couple’s adopt son, Michael, who was 10 years old at the time, along with the couple’s two dogs on the night the homicide took place, Aug. 27, 2009.

The trial began in January, and for nearly 12 weeks, jurors heard evidence and testimony from the defense and prosecutors.

Wednesday and after nearly four days of deliberations, the jury reached a verdict. They  didn’t believe Jane Laut’s story and convicted her of first-degree murder.She is now facing 50 years to life in prison.

Defense Attorney Ron Bamieh said in an interview Friday that he was disappointed by the jurors’ decision.

“I think it’s a tragic decision,” Bamieh said Friday. “It said that the jury had no sympathy for Jane.”

The juror could have also found her guilty of lesser charges of second-degree murder or voluntary manslaughter or found her not guilty.

Prosecutors described Jane Laut as a cold and calculating killer who took on the role of victimhood to get away with murder. They said Jane Laut falsely portrayed Dave Laut as a violent and racist man who was prone to bouts of violence.

Senior Deputy District Attorney Rameen Minoui who tried the case told jurors that Jane Laut ambushed her husband by hiding in the side yard of their home. She walked up behind her husband, gunned him down, hid the weapon and then lied to detectives about what happened, according to Minoui.

Afterwards,  Jane Laut told the 911 dispatcher that she heard gunfire. The police arrived, and she told detectives that a prowler shot her husband when he went to check noises they heard in the back yard.

The police interrogation of Jane Laut was played, and what she was saying didn’t add up.  She later recanted her story, admitting that she pulled the trigger.

Jane Laut claimed that her husband attacked her, there was a struggle, they fought for the gun and in the process, he got shot six times including a bullet to the back of the head.

The defense called several witnesses to the stand who portrayed Dave Laut as a violent and racist man who abused his wife and son.

In court papers filed early in the case, Bamieh alleged that Dave Laut was an alcoholic who used racial slurs in front of neighbors and his wife to refer to his adopted son. Bamieh said Dave Laut had a temper and threatened to kill the couple’s then 10-year-old son, claiming that the Laut marriage was “replete” with domestic violence.

“He is not the hero of the Olympics. He is the monster who abused her for 27 years,” Bamieh told jurors during opening statements in the trial.

Adding that Dave Laut was “psychotic” and “dangerous.”

Others saw Dave Laut in a different light.
A week after Dave Laut was shot and before his wife was arrested, there was a memorial service. Jane Laut who was under investigation didn’t attend, but the victim’s family and many members of the community attended.
The service lasted more than an hour and people who knew the victim didn’t spare the accolades to describe Dave Laut, who was Hueneme High School’s athletic director.
The large crowd included 17 former Olympians, including some who participated in the 1984 games; several area coaches or former coaches; athletic directors; Hueneme High faculty and staff; former Oxnard Mayor Tom Holden; and Willie Banks, a triple jumper on three Olympic teams and president of the U.S. Olympians Association in Colorado Springs, Colo.
The gym was showered with balloons in the school colors of red and white. There were also banners: “We Miss U Coach Laut” and “Always Missed. Never Forgotten.” The Olympic Flag and a painting and poster of Laut served as backdrops for those speaking

The Forensic Evidence Ruled Out Self-Defense, according to prosecutors

In 2010, Attorney Bill Haney who was assigned then to prosecute the Laut case, said that the district attorney’s “best forensic experts” have spent a great deal of time studying and analyzing the crime scene.

“We are confident that this is not self-defense,”said Haney, who has since gone into private practice. “It appears to be a cruel and callous and deliberate murder with malice of aforethought.”

Bamieh had countered: “I appreciate Mr. Haney’s confidence (in his case). With all due respect, I’ve been doing this longer and more frequently than he has. I can tell you they will not be convicting her of murder.”

The Sweet Deal and the Evidence

Despite all this evidence, prosecutors still offered Jane Laut the six-year plea deal.

Usually, this happens because the evidence against a defendant is thin, and prosecutors want some kind of conviction and punishment rather than allowing a defendant to walk free.

I covered the Ventura County Superior Courts for eight years while working at The Star, and I can say prosecutors offered the Cadillac of sweet deals considering the evidence against Jane Laut.

I believe it was offered for two reasons.  The defense had a parade of witnesses who would testify about Dave Laut’s character. That, coupled with the Bamieh factor.

Bamieh is a veteran prosecutor who has scored an impressive string of recent courtroom victories against the DA’s office involving high profile cases.  Prosecutors were probably concerned that Bamieh who uses no-holds-barred legal tactics in the courtroom might convince one or two jurors not to convict Jane Laut or worse, get an acquittal.

Bamieh also has the canny ability to rattle most prosecutors by arguing every legal fine point available on a case, filing continuances and demanding he gets every piece of paper from the District Attorney’s Office.

In this case, Bamieh got a judge tossed out of the case because of statements she made about domestic abuse in another unrelated case; piled up the continuances and delays and he caused the charges against Laut to be temporarily dropped, only to have her re-indicted.

Judge David Worley, who lawyers describe as having calm and patient demeanor, had to throw the book at Bamieh and Minoui after he got fed up with their legal dogfights.

The judge fined Minoui $500 for repeatedly “calling out” Bamieh’s character in his role as a defense attorney and other violations.  Bamieh says he got a $500 fine for pointing out that Minoui was misleading the jury in front of the jurors.

Bamieh posted on the law firm’s website a photograph of the $500 check that he wrote payable to the Ventura Superior Court to pay the fine.

So why didn’t Bamieh, who knows every nook and cranny of a case he takes to trial, persuade Laut that it was in her own best interest to take the six- year offer for killing  a human being under these circumstances?

Bamieh said in an interview that Laut was convinced that her husband would kill her as she saved their son, Michael, if she didn’t stop him. After she survived, she had nothing else to lose so she decided to go to trial and argue self-defense to a jury, he said.

“You have to understand her thought process,” Bamieh said.

In his law firm’s Facebook page, Bamieh wrote about the case including that the decision to reject the DA’s offer was “her’s and her’s alone,” describing her as a hero for doing so.

“Jane Laut is no coward. She risked her life to save her son’s. Jane told me right after the verdict that she had no regrets. Jane has alwasy (sic) accepted the reality and responsiblit (sic) for her actions. She knew this was a real possiblity (sic) and was not delisional (sic) or unrealistic. Jane accepted it all without regret becasue (sic) she knew her son was now safe and for that reason any scrafice (sic) she made was well worth it. We all like to think we could do risk our lives to save others we love, but truth is few of us could. We call the people who do heros (sic) for a reason. Jane Laut is one.”

The 58-year-old Jane Laut will spend the rest of her life in prison. Bamieh said there is “very little chance” of a successful appeal.

Bamieh said he didn’t know whether his client will appeal the jury’s verdict.

She will be sentenced on May 12.

Minoui couldn’t be reached for comment Friday afternoon. But prosecutors aren’t commenting on the sweet deal they offered Jane Laut last year, according to The Star.

American Justice Notebook has added some useful links to our website including the U.S. Supreme Court, the U.S. House of Representatives , the U.S. Senate website links along with other resources such as the Library of Congress and the U.S. Office of Trademarks and Patents.

Readers can find out information about the latest Supreme Court cases through the High Court’s website.  The audio recordings of all oral arguments heard by the Supreme Court of the United States are available to the public at the end of each argument week.

All the new links can be found on the bottom of the website’s front page.

JUST SAYING: Making Sure America’s Highly Classified Papers Aren’t in the Hands of a Psycho

JUST SAYING: Mar-a-Lago Boxes, and the Navy’s Top Secrets in Bank Lockbox in 2010 for 18 Months — Ooops