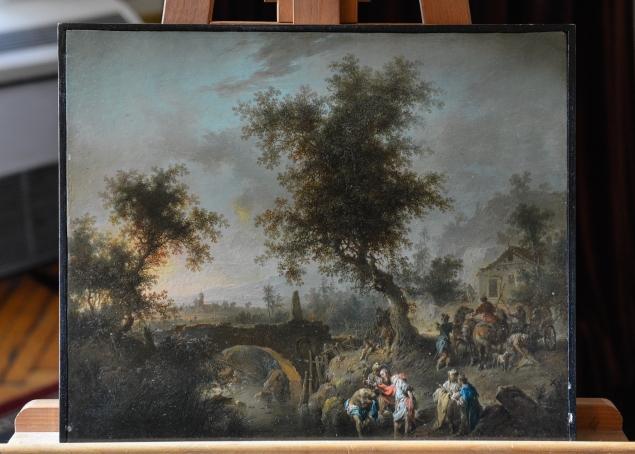 NEW YORK  –  A valuable painting stolen by the Nazis during World War II is being returned to the Polish government, the U.S. Attorney said Thursday.

The  Johann Conrad Seekatz painting, “St. Philip Baptizing a Servant of Queen Kandaki” dubbed the “Seekatz Painting,” that was stolen from the National Museum of the City of Warsaw by Nazi forces, said federal officials.

During World War II, Nazi forces invaded and occupied Poland and removed from the work of art along with other artwork from the Warsaw museum. The Seekatz Painting was never returned to the museum after the war.

In 2006, officials said the Seekatz Painting, erroneously labeled with another title, was sold to a gallery in London, England.

In 2012, an evaluation of the Seekatz Painting was conducted and it was determined that it was, in fact, the painting stolen by the German Army from the Warsaw museum, say authorities.

On July 12, 2012, the U.S. Attorney’s Office got an order to seize and return the painting to Poland, say federal officials.

Federal agents took possession of the painting in London with the cooperation of the gallery in London. The painting was returned to New York, officials said.

“We are deeply grateful to return this cherished painting to our partners from the Republic of Poland. Homeland Security Investigations will continue to work tirelessly to track down objects stolen during World War II and return them to their rightful owners,”Homeland Security  Investigations New York Special Agent-in-Charge James T. Hayes, Jr. said.

The announcement of the return of Seekatz Painting comes a day before the premiere of the movie, The Monuments Men

Monuments Men is based on a true story of the hunt for artwork that was stolen by Nazis during World War II.