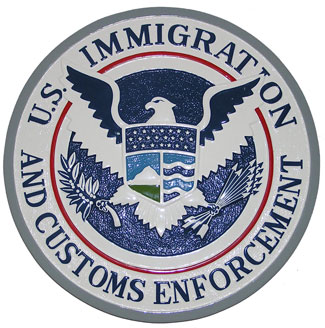 PHOENIX (3TV/CBS 5) –
A Valley mother is waiting to find out if she will be deported.

She could be among the first impacted by the president’s efforts to crack down on illegal immigrants.

Family and supporters were at the regional ICE office in Phoenix on Wednesday, waiting to learn the fate of this mother, wife and friend. As more time passes, they grow more worried.

Just before noon, Guadalupe Garcia de Rayos walked into the regional ICE office for a check-in, but instead of a regular check-in, she was issued an order of deportation.

“She’s always there for me. No one should ever have to go through this,” said her 16-year-old son, Angel.

Her family and supporters say this is a direct result of President Donald Trump’s crackdown on illegal immigrants.

Garcia de Rayos was arrested in one of former Sheriff Joe Arpaio’s workplace raids in 2008. She was convicted of a felony and served six months in ICE detention before being released. They thought her case was cleared — until Wednesday.

As day turned to night, a prayer vigil was held to help calm everyone’s uncertainty about what Garcia de Rayos’ future holds.

“At this point, I think the more time that passes, it’s a little bit scarier and we have more anxiety around it, but we’re not going anywhere until we find out what’s happening,” Francisca Porchas, Puente organizer.

Garcia de Rayos could either be deported immediately or be allowed to fight her case from a detention center.

Late Wednesday night, protesters blocked a transportation van that Garcia de Rayos was in to keep it from leaving.

Phoenix police officers responded to the scene at around 9:30 p.m.

CONSUMER AFFAIRS: Do you know your rights as an airline passenger

Educational Course on The Fifth Amendment and Due Process