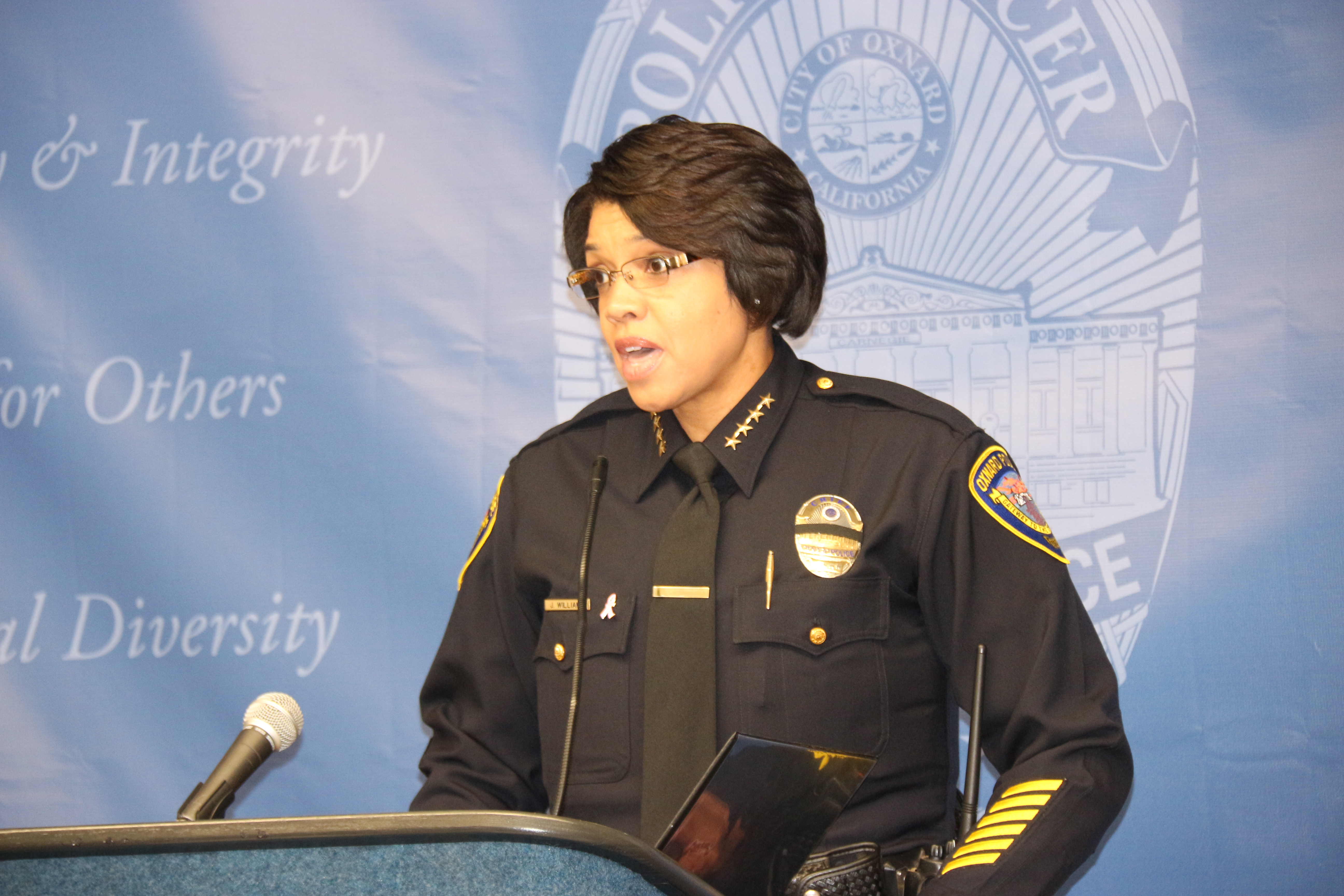 OXNARD, CALIF. – An internal investigation of the Oxnard Police Department related to the so-called shooting tattoos that are “earned” if an officer is involved in a shooting is expected to be completed soon, according to Oxnard’s city manager.

City Manager Greg Nyhoff  stated in an email on Monday that he expects the investigation to be completed within 45 to 60 days.

A former Oxnard police officer told American Justice Notebook that when a shooting is fatal smoke is tattooed on to the barrel. He provided the names of nine officers who allegedly have “earned” these tattoos and have put them on their bodies – two are retired and two are commanders with the Oxnard Police Department and a drawing of what these tattoos look like.

Two of the officers named were involved in fatal shootings, in 1994 and 2001.

The former Oxnard officer asked that his name not be used for fear of retaliation.

In July, these names were provided to Police Chief Jeri Williams.  Initially, she downplayed the allegations,  saying the information provided to American Justice “sounds silly” and questioning the credibility of the source who gave the information to us.

Later, Williams stated in a subsequent email in July that an investigation was underway.

“Once the investigation is concluded, and the facts determined, your multiple questions can and will be addressed by the Department.” Williams stated to American Justice. “If the facts reveal the requirement for training and/or more focused remedial action, it shall be promptly undertaken.”

The city of Oxnard  hired the San Francisco law firm of  Renne Sloan Holtzman and Sakai  to conduct an independent investigation.

Critics and many residents are demanding changes in the police department, including calls to form a police oversight committee along with demanding more accountability of officers involved in the killings of civilians.

Other police slayings are Alfonso Limon Jr and Jose Zepeda in Oct. 13,  2012.  Before Limon was killed, Robert Ramirez Jr. died June 2012 under police custody, followed by the slaying of Michael Mahoney in August 2012.

An attorney representing Robert Ramirez said if the shooting tattoo allegations are true, it is a “despicable and repulsive” commentary on some police officers.

“It’s not a badge of honor,” said Attorney Ron Bamieh. “I am hoping it’s not true.”

Bamieh said he has seen one of these shooting tattoos on a police officer and has a photograph of a tattoo that is on another officer.

He said it is understandable that police are going to be involved in fatal shootings because it is part of the job. But it’s “beyond belief” that after a fatal shooting police officers celebrate by getting a shooting tattoo, Bamieh said.

Monday, Nyhoff stated the city applied for grant funding of $700,000 for body cameras, adding that officials will be discussing additional funding for body cameras as part of the upcoming budget work sessions for 2015-2016 annual fiscal budget.

Bamieh said the use of body cameras should be used by officers, saying that “the more people are held accountable, the better.”  He said cameras also will save Oxnard taxpayers a lot of money from legal fees and settlements involving wrongful-death lawsuits against the Oxnard Police Department and the city.

Limon was shot between 16 to 21 times by four officers as he lay on the ground, said Limon family lawyer Adam Shea in a press conference.  Limon and his brother were walking home when they were fired upon by Oxnard officers looking for wanted parolee Jose Zepeda  who was also killed.

The District Attorney’s Office reviewed the Alfonso Limon shooting and ruled that it was “legally justified and not a criminal act.”

While the $6.7 million settlement in the Limon case is considered the largest amount that Oxnard paid to settle a wrongful death lawsuit, the city paid $1.55 million to the family of 23-year-old Robert Jones, a distraught young artist killed by police while cowering in his bedroom closet, according to the Los Angeles Times article dated Sept. 9, 2001.

In 2001, the Oxnard Police Department came under fire for five fatal shootings in the first eight months of 2001. Jones was one of those fatalities.

A 2001 Los Angeles Times analysis stated that Oxnard police have fatally shot more people in the first eight months of 2001 than peace officers in many U.S. states and major American cities kill in an entire year.

Oxnard’s five police homicides this year equal the number reported since January by the Los Angeles Police Department, whose jurisdiction is 22 times larger than the 170,000-resident Ventura County city, the article stated.

Only 16 states reported more than five police homicides for 1999, the last year for which the FBI reported justified killings by officers. Ten had no fatal shootings by police and seven reported only one.

In contrast to Oxnard, New York City, the nation’s largest municipality, with 8 million residents, reported nine justified police homicides in 1999, according to the FBI.

Ex-Stockbroker Scammed Elderly Victims Out of $3.2 Million by Running a Securities Fraud Scheme