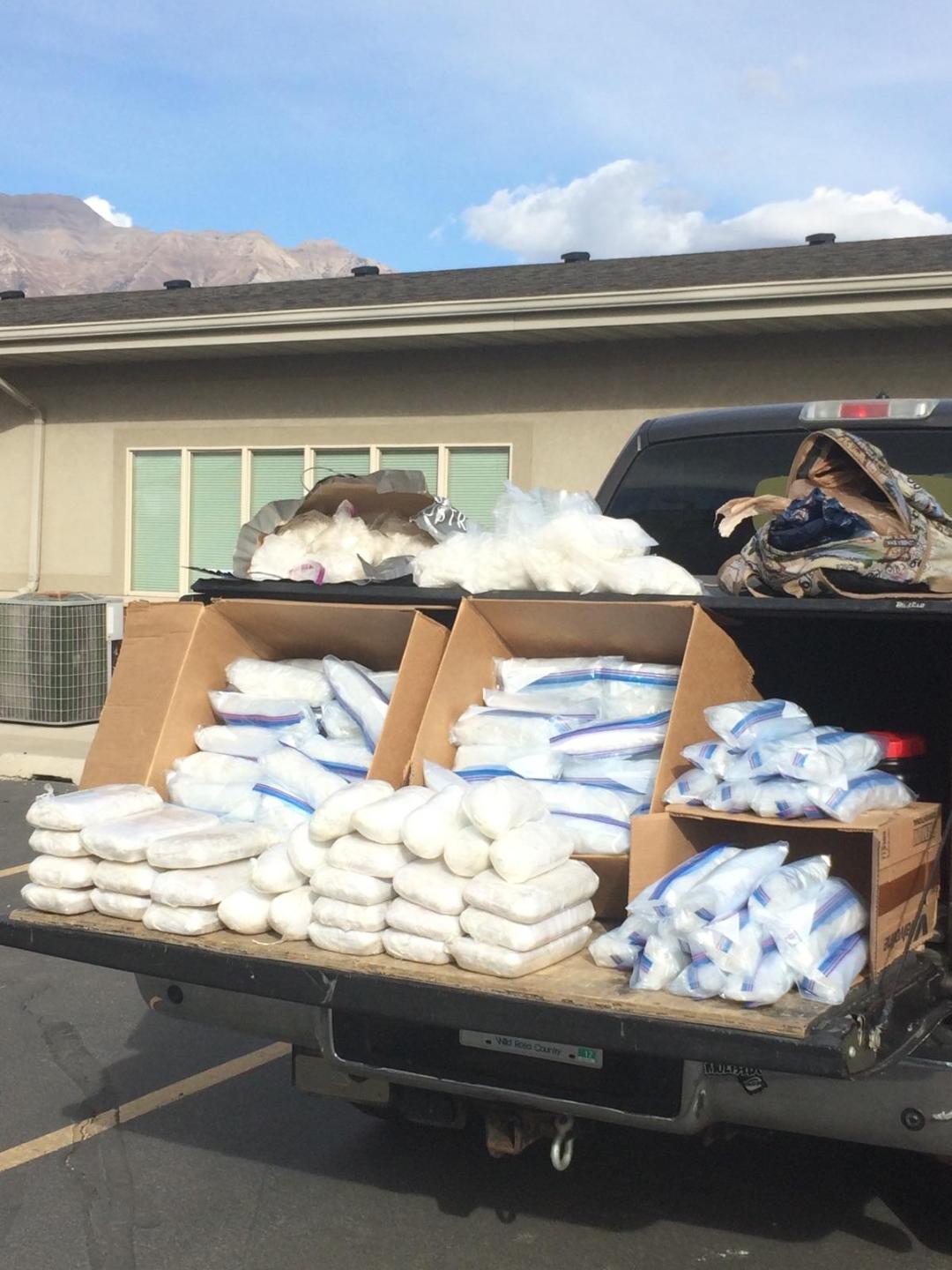 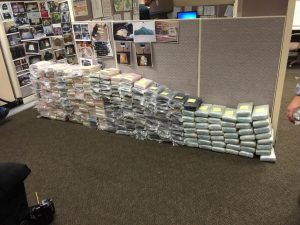 Federal authorities this week arrested six defendants named in a federal indictment that alleges a large-scale, Mexico-based narcotics trafficking operation smuggled hundreds of pounds of narcotics into the U.S., according to officials.

The arrests, which started Tuesday night and included one this morning in New York, were made as part of Operation Colombian Cargo, an investigation led by the Drug Enforcement Administration.

It targeted the transnational drug-trafficking and money-laundering network. Over the course of just 10 months during the investigation, authorities seized nearly 400 kilograms of cocaine, 225 kilograms of methamphetamine, 53 kilograms of fentanyl, 12 kilograms of heroin, and $4.7 million in drug money, officials said.

Operation Colombian Cargo identified Mexican nationals who oversaw the movement of large quantities of narcotics, some of which originated in Colombia.

According to the indictment, the narcotics were typically smuggled from Mexico into the U.S. by drug couriers who often used the San Ysidro Port of Entry and usually concealed the narcotics in hidden compartments in vehicles or in boxes that appeared to contain speakers.

The couriers then delivered the contraband to stash houses in the Inland Empire and greater Los Angeles area. The narcotics were then distributed in kilogram quantities to customers in Los Angeles, Chicago, New York, and other cities.

The organization’s drug sales generated millions of dollars in sales, according to the indictment, which outlines a money laundering scheme that used a group of money couriers to collect the dollars in the U.S. and deliver pesos to leaders of the drug ring in Mexico.

The defendants arrested this week are:

·         Jiaze Xia, 23, of Flushing, Queens, New York, allegedly a key player in the organization’s money laundering activities, who was arrested this morning in New York;

·         Joshua Donovan Cortez, 31, of Rowland Heights, who allegedly operated a stash house, and who was arrested Wednesday;

·         Jose Vargas, 61, of Huntington Park, who also allegedly operated a stash house and was taken into custody on Wednesday;

·         Remigio Alvarez Herrera, 49, of Maywood, an alleged drug courier who was arrested on Wednesday;

·         Alejandro Medrano, 20, of San Diego, an alleged drug courier who was arrested Tuesday night as he entered the United States through the San Ysidro Port of Entry; and

·         Wei Chang “Ray” Gong, 30, of Chicago, who allegedly was part of the money laundering operation and possessed nearly $600,000 in cash that was seized by authorities in 2016, and who was arrested on Wednesday.

Cortez, Vargas and Herrera were arraigned on the indictment Wednesday afternoon in United States District Court in Los Angeles, where they entered not guilty pleas and were ordered to stand trial on July 23.

Xia, Medrano and Gong will be transported to Los Angeles and will be arraigned upon their arrival.

The 24-count indictment, which was returned by a federal grand jury one year ago and unsealed Wednesday afternoon, charges a total of 25 defendants.

Previously in this case, four defendants were arrested and their cases remain pending. They are:

·         Rogelio Payan-Palma, 27, of Mexico City, one of the principals of the drug trafficking organization who worked with other leaders of the drug ring in Mexico;

·         Guohua Luo, 35, a Chinese national who resides in Mexico City, another principal operative of the organization who helped coordinate the money laundering;

The indictment alleges wide-ranging conspiracies to distribute narcotics and to launder the illicit proceeds of the drug trafficking.

If convicted of the drug-trafficking conspiracy, the 17 defendants named in that count would face mandatory minimum sentences of 10 years in federal prison and maximum sentences of life without parole.

Over the entire course of Operation Colombian Cargo, authorities have seized across the Americas approximately $16 million in United States currency, approximately five tons of cocaine, and 530 pounds of methamphetamine.

All defendants are presumed innocent unless proven guilty.

This matter is being prosecuted by Assistant United States Attorneys A. Carley Palmer and Victoria Degtyareva of the International Narcotics, Money Laundering, and Racketeering Section.