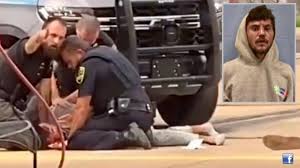 White and King beat a 27-year-old man during the arrest of that man at a gas station in Mulberry, Arkansas, on Aug. 21, officials stated.

Specifically, count one of the indictment alleges that, while the arrestee was lying on the ground, White struck him multiple times.

Count two of the indictment alleges that King struck the arrestee multiple times, also while the arrestee was lying on the ground.

The indictment further alleges that the arrestee suffered bodily injury due to White and King’s actions.

If convicted, White and King face up to 10 years in prison for the excessive-force charge. The defendants are presumed innocent unless proven guilty.