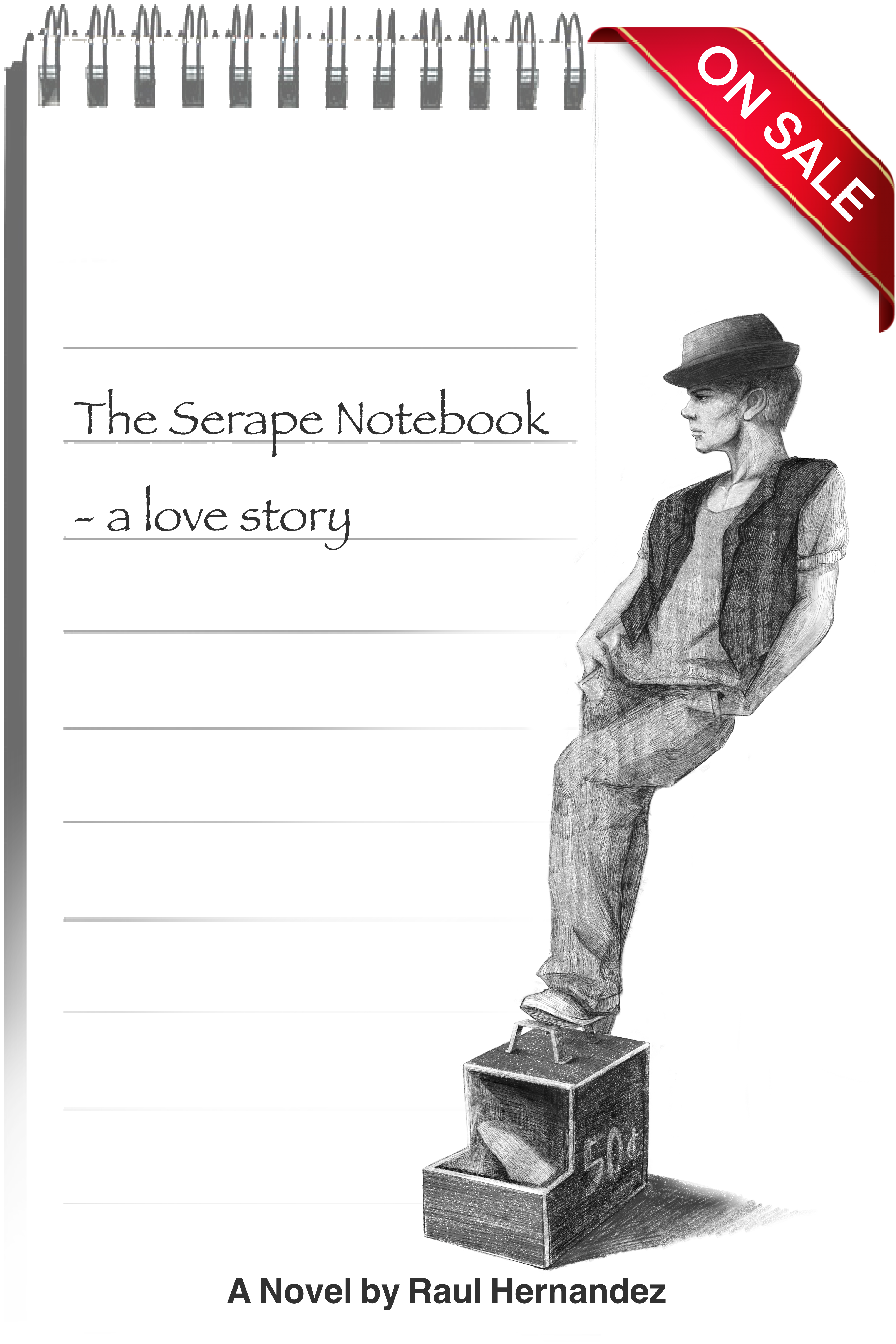 Two brothers, Diego Carreon Vega and his older brother, Carlos, growing up in West Texas during the time of the Vietnam War is the setting for the novel, The Serape Notebook.
Diego is a journalist who describes how the war changed his family after his brother Carlos joins the U.S. Army and is sent to Vietnam.
Click Here to Purchase Book:  https://www.amazon.com/Serape-Notebook-Love-Story/dp/B099BYDMB1

“The Vietnam War didn’t strut down the barrio with the boldness of some high-stepping drum major in front of a high school marching band going down Main Street.
It did none of that.
It came tapping, gently tapping, on the front door like a magazine salesman with a silly grin and a cheap polyester suit.  Uncle Sam was selling a bloody war that would change everything in the barrio and in America.
Before the Vietnam War escalated, life in the barrio was a bright-yellow, loose-fitting tuxedo, calmly pacing itself inside a pair of soft huaraches.

Pinatas were busted in backyards. Baptismos and old high school rivalries thrived. Treks to go to downtown Juarez after the El Paso bars closed were strong.” — The Serape Notebook

Others Novels by Raul Hernandez:

THE POETRY OF RAUL HERNANDEZ

Audit the Audit: DUI Checkpoints, What Police Can and Can’t Do