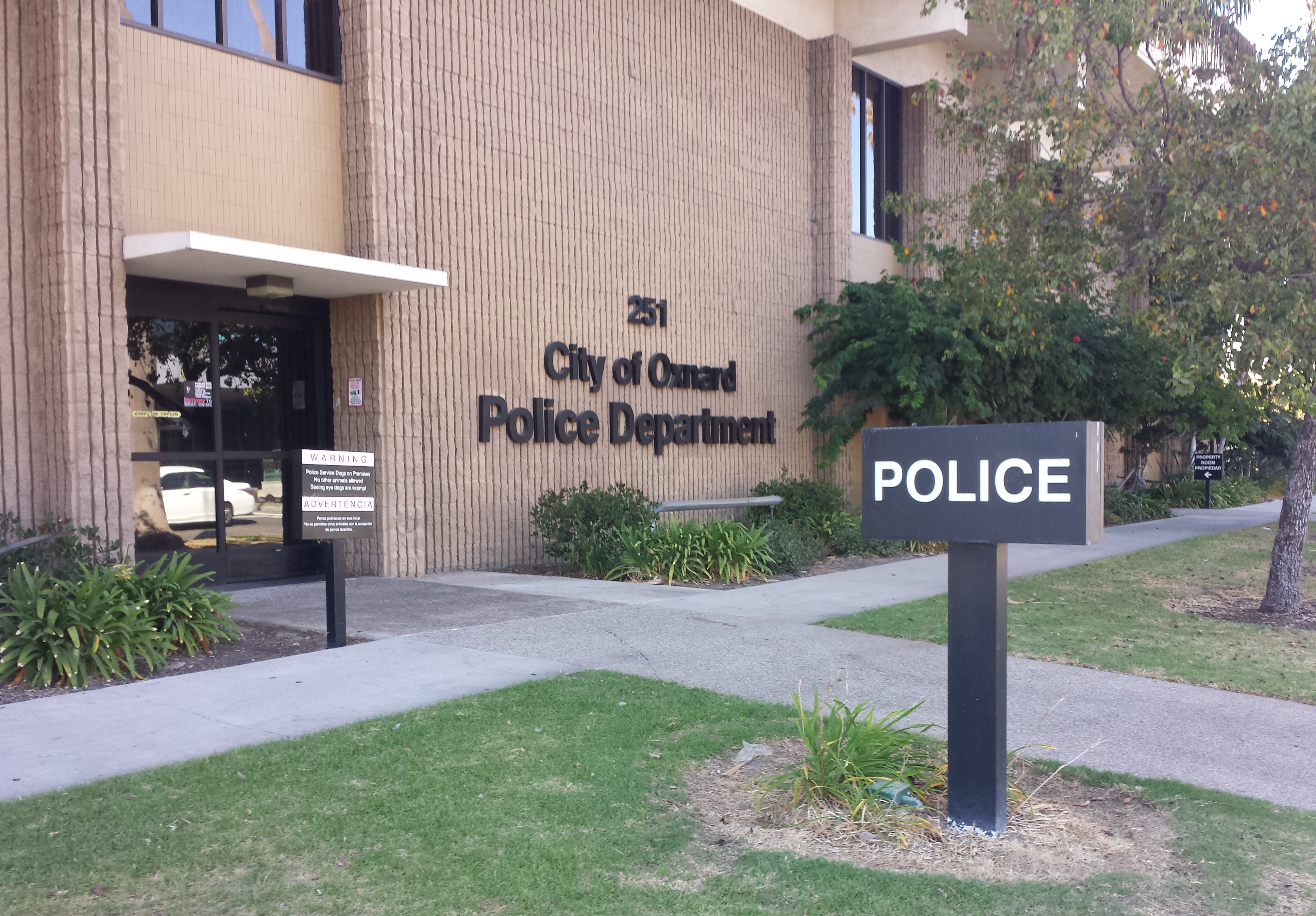 OXNARD, CALIFORNIA — The U.S. Justice Department is  reviewing an ongoing internal  investigation by the Oxnard Police Department surrounding allegations that the city’s police officers  put so-called shooting tattoos on their left shoulders after they were involved in shootings with a suspects, according to a spokesman for the department in Los Angeles.

“I can tell you that we are reviewing the matter. I will not comment on any specific allegations or any specific questions that you have posed. Also, I cannot give you a timetable as to how long our review will take,” stated Thom Mrozek, a spokesman for the Justice Department in an email sent Tuesday.

In an interview Tuesday, Police Chief Jeri Williams said the investigation is ongoing,  and she didn’t know when it would conclude.

“I don’t have a time frame right now but it is an ongoing investigation,” said Williams.

American Justice also learned that the city of Oxnard has hired a San Francisco law firm to conduct an independent investigation surrounding the shooting-tattoo allegations.

A former Oxnard police officer told American Justice Notebook  said when gun smoke coming out of the barrel is added to the shooting tattoo,  this indicates that the shooting was fatal.

As part of a settlement agreement involving the fatal shooting of  a 21-year-old jogger in October 2012, the city also held a  press conference Tuesday.

The press conference was held at the Oxnard Police Department by Chief Williams, Mayor Tim Flynn, Oxnard City Manager Greg Nyhoff and others.  Williams and officials proclaimed Oct. 13 as “Community Safety and Anti-Violence Day” in  honor of jogger Alfonso Limon Jr. who unwittingly walked into a running gun battle between a parolee and police in October 2012.

“Alfonso Limon Jr. was an innocent bystander who was tragically killed,” Williams said. “The Limon family lost a beloved son and brother and the lives of many other people including the Oxnard community have been forever changed.”

Adding, “The officers who were involved in this incident are dedicated public servants. They too have been profoundly affected…'”

“The use of deadly force is most serious act a police officer can take and it is the last thing an officer wants to experience during his or her career,” Williams said.

The press conference and a memorial for Limon was part of the city’s $6.7 million, wrongful death settlement.  In addition, Williams announced that the settlement agreement calls for Oxnard officers to wear body-cameras within a year or so.

Limon was shot between 16 to 21 times by four officers as he lay on the ground,  Limon family lawyer Adam Shea had said at a press conference.

The shooting was captured on video and loaded onto YouTube.

The Ventura County District Attorney’s Office reviewed the shooting of Limon and ruled that it was “legally justified and not a criminal act.”

Some members of Limon’s family  along with their lawyers, Chad Prentice and Mark Flores, attended the press conference and later talked to the media.

Rebecca Limon, the older sister of the victim and family spokeswoman, said she is hopeful things will change with what she sees as a practice by Oxnard officers of  terrorizing, harassing, brutalizing and intimidating residents, especially those who live in low-income communities such as La Colonia.

“They come into our community, and they assume that anyone who is out must being doing something wrong,” said Limon.

“Officers who kill or treat our community unjustly don’t belong in our streets or in our schools – they belong in a jail cell,” said group spokeswoman and member Daniela Garcia.

The group plans to hold a march Sunday in Oxnard to commemorate the second-anniversary of the Limon shooting.

Linn Malaspino-Badel, an investigator with the law firm of Renne Sloan Holtzman and Sakai, told American Justice that they were recently hired by the city, not the police department, to conduct the investigation.  She said they wanted to talk to the former Oxnard officer who gave American Justice the information, asking that her number be passed on to the officer.

Malaspino-Badel said his name will not show up in any report or shared with the Oxnard Police Department.

“He will be treated like a confidential informant,” she said.

The former Oxnard officer requested that his name not be used in these stories because he was afraid of retaliation.

The former Oxnard police officer who recently left the department said he saw the tattoos on the officers. He made a drawing of what the “shooting” tattoo looks like. He said the tattoos were probably purchased from a tattoo shop in Port Hueneme because that is where Oxnard officers go to get tattooed.

The former Oxnard police officer  also provided the names of seven Oxnard officers and two retired officers who allegedly had the tattoos. The nine names also included two officers who are currently commanders at the Oxnard Police Department. One is a watch commander.

The former Oxnard officer told American Justice that if smoke is added to the tattoo, coming out of the barrel, then the shooting was fatal.  He said the tattoos are “earned” by officers involved in shootings.

Initially, Chief Williams and the Oxnard Police Department dismissed the tattoo allegations, saying they weren’t aware of any such tattoos. But after the mayor and city officials were contacted for comment by America Justice, Williams stated in an email in July that an investigation was in progress.

“Once the investigation is concluded, and the facts determined, your multiple questions can and will be addressed by the Department.” Williams stated. “If the facts reveal the requirement for training and/or more focused remedial action, it shall be promptly undertaken.”

Oxnard Police and the 2001 Fatal Shootings

While the $6.7 million settlement of the Limon case is considered the largest amount that Oxnard paid to settle a wrongful death lawsuit, the city paid $1.55 million to the family of 23-year-old Robert Jones,  a distraught young artist killed by police while cowering in his bedroom closet, according to the Los Angeles Times.

In 2001, the Oxnard Police Department came under fire for five fatal shootings in the first eight months of 2001. Jones was one of those fatalities.

A 2001 Los Angeles Times analysis stated that Oxnard police have fatally shot more people in the first eight months of 2001 than peace officers in many U.S. states and major American cities kill in an entire year.

Oxnard’s five police homicides this year equal the number reported since January by the Los Angeles Police Department, whose jurisdiction is 22 times larger than the 170,000-resident Ventura County city, the article stated.

Only 16 states reported more than five police homicides for 1999, the last year for which the FBI reported justified killings by officers. Ten had no fatal shootings by police and seven reported only one.

In contrast to Oxnard, New York City, the nation’s largest municipality, with 8 million residents, reported nine justified police homicides in 1999, according to the FBI.