Other Voices: A Case for Prop. 57 —The People vs. Brayleen De La Cruz 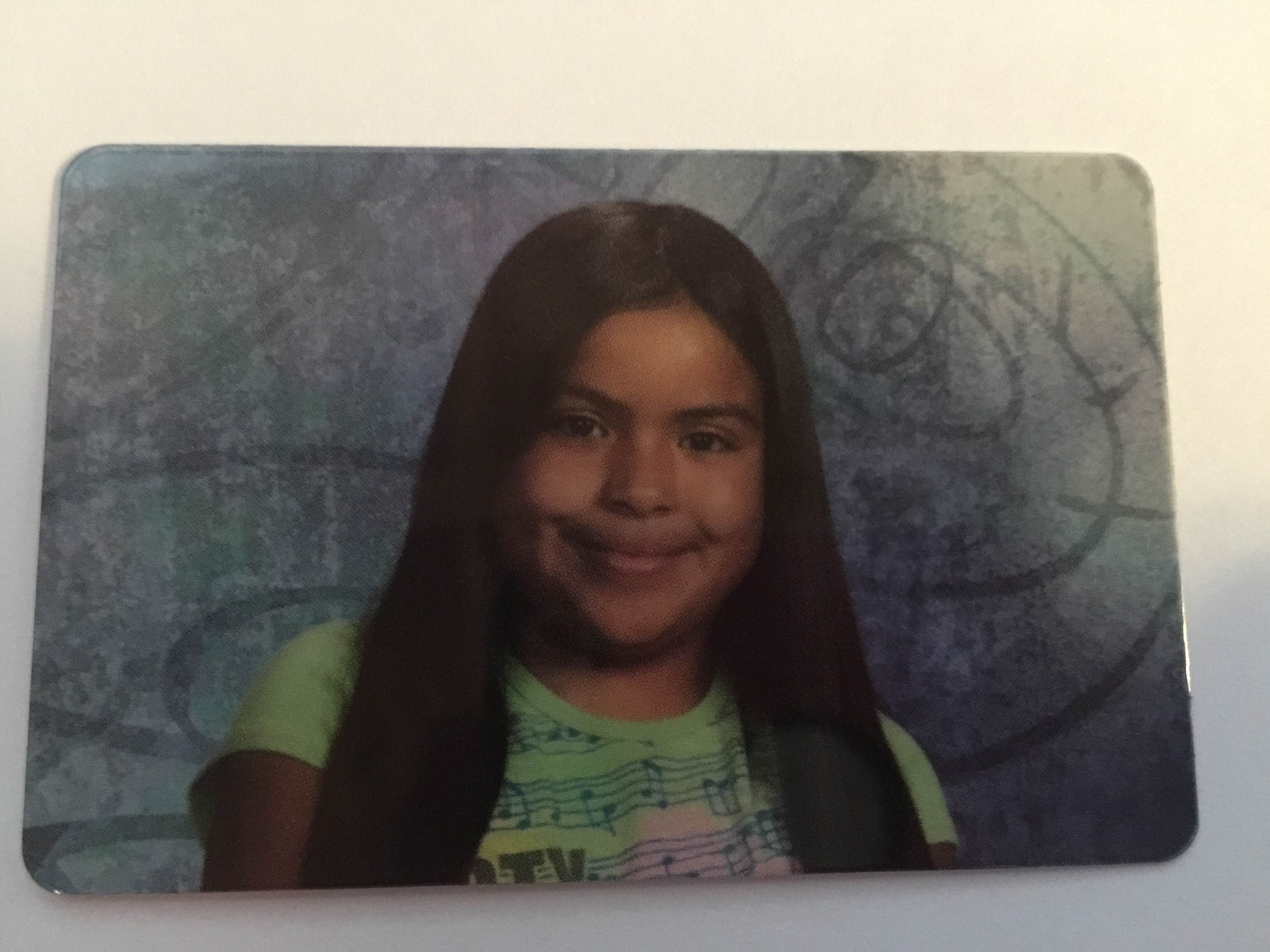 California Gov. Jerry Brown, who sponsored Prop. 57, along with other officials said Prop. 57 will put the decision on whether to try juveniles in adult courts in the hands of judges — not prosecutors.

“This is public safety, it’s compliant with the Supreme Court, and the opponents have no alternatives,” said Gov. Jerry Brown in a meeting with The San Francisco Chronicle editorial board. “We can’t get out from under the court order unless we have a durable remedy (to reduce the state prison population). And we have evidence-based rehabilitation programs that work.”

Here, Ventura County Defense Attorney Robyn Bramson writes about why she supports Prop. 57, which will be on the ballot in November.

Over the Summer I met this extraordinary 16-year-old girl named Brayleen De La Cruz.  Brayleen is from Oxnard, and even though it’s not very far away from her, she has never been to Disneyland.

Brayleen is a talented softball player, who likes cooking, and reading fashion magazines, and she has a smile that could light up a room.  I am Brayleen’s lawyer and I met her in the Ventura County juvenile hall, where she is currently locked up under unjust and dire circumstances.

Right now, Brayleen is facing imprisonment for the rest of her life for crimes that she is innocent of, because under current California law prosecutors can unilaterally file a juvenile’s case directly in adult court, and that decision is not reviewable by a judge.

This problem, which impacts Brayleen and countless other kids, many of whom are as young as 14, can be fixed if California voters vote yes on Proposition 57 in November.

Under current California law, prosecutors have absolute and unbridled power to file a juvenile’s case directly in adult court, so long as they are alleged to have committed a statutorily enumerated offense, and they are at least 14-years-old.

The prosecutor only needs to draft a charging document called a complaint, which sets forth the allegations against the juvenile, and file it directly in adult court.

That’s it.  Under the current law nothing more is required. 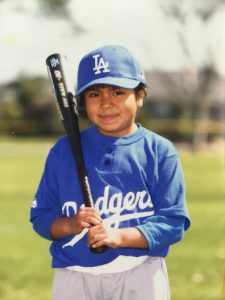 Moreover, under current California law prosecutors do not have to explain or justify their decision when they file a juvenile’s case directly in adult court, and once they do, their decision is final and cannot be reviewed or reversed by a judge.

It is because of these defects in the law that Brayleen finds herself in the nightmare that she is currently living.  Voting yes on Proposition 57 would change the law so that no child would again be in the helpless position that Brayleen is.

Proposition 57 would bring about much needed change in the law governing whether a juvenile’s case is tried in adult or juvenile court.  Proposition 57 would restore power to judges, and eliminate the widespread and longstanding problem of prosecutors filing juveniles’ cases directly in adult court when they really ought to be tried in juvenile court.

The significance of a juvenile being tried as an adult cannot be overemphasized, since adult court treatment subjects juveniles to the same sentencing laws that apply to adult offenders, which in many cases, like Brayleen’s, means incarceration for life.

Proposition 57 would, among other things, “[r]equire a judge, not a prosecutor, to decide whether juveniles should be tried in adult court.”

This change in the law would ensure that only those juveniles who are criminally sophisticated, have previous delinquent histories, and who cannot be rehabilitated by the juvenile court system would have their cases transferred to and tried in adult court.

Proposition 57 is a common sense voter initiative aimed at furthering its stated purpose and intent to “[s]top the revolving door of crime by emphasizing rehabilitation, especially for juveniles.”

When a prosecutor does this, under Proposition 57 the judge is required to order the probation department to investigate, prepare and “submit a report on the behavioral patterns and social history of the minor.”

This component of Proposition 57 is critical, because it allows for a thorough and comprehensive evaluation of each juvenile, so that the judge can make an informed and individualized decision about whether that juvenile should be tried as an adult.  Under Proposition 57 if a judge, after a hearing on the issue, determines that a juvenile’s case should be transferred to adult court, the judge must “recite the basis for [the] decision in an order…”. 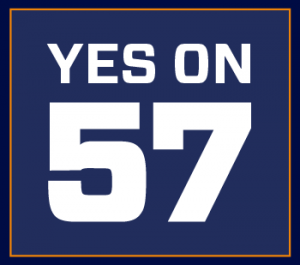 Proposition 57 establishes a uniform approach to dealing with the question of whether a juvenile should be tried as an adult.  It requires that every judge consider the same criteria in deciding if the case before them should proceed in juvenile or adult court.

This is another key component of Proposition 57, since under current California law there are no such criteria that prosecutors are required to consider before filing a juvenile’s case directly in adult court.

As a result of this, prosecutors essentially have free rein to charge juveniles as adults without a serious or adequate consideration of whether those juveniles should be tried as adults.

Current California law does not require prosecutors to consider if a juvenile is suffering from mental illness, is developmentally disabled, is a special education student, or has a history of being abused or neglected prior to filing their case directly in adult court.

In contrast, Proposition 57 provides for a judge’s consideration of “the minor’s age, maturity, intellectual capacity, and physical, mental, and emotional health at the time of the alleged offense, the minor’s impetuosity or failure to appreciate risks and consequences of criminal behavior, the effect of familial, adult, or peer pressure on the minor’s actions, and the effect of the minor’s family and community environment and childhood trauma…”.

For Brayleen, in my view, consideration of these factors as well as others outlined in the proposed law, clearly shows that Brayleen should not be tried as an adult.  This exemplifies that the current law, which allows prosecutors to file a juvenile’s case directly in adult court, and denies judges the power to review or override that decision, is broken and desparately needs to be fixed.

And even though Brayleen is locked up, wrongly accused, and in a dire situation that no one should be in, I believe that this extraordinary girl has the power to bring about urgently needed and long overdue change to California law, so that judges, not prosecutors, will be the ones making the important decision of whether a juvenile is charged in adult court.

I know that the upcoming election has many people feeling uninspired.  To those people I say be inspired by Brayleen.

I know that there are many people who are thinking about not voting on November 8th.  I urge those people to vote because of Brayleen, if only to vote yes on Proposition 57, so that juveniles are no longer unjustly tried as adults in California.

Editor’s Note:  Comments on this opinion column or other articles are welcomed. However, personal attacks, profanity, lewd or crass remarks will not be published.

Audit the Audit: Investigator Stopped by Police for Allegedly Stalking